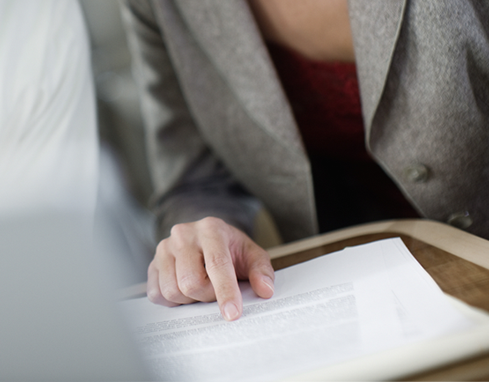 In 2022, the recovery from the recession triggered by the COVID-19 pandemic will continue, enabling GDP to return to its pre-crisis level early in the year. While growth will be less brisk than in 2021, due to a less favourable base effect, it is nevertheless expected to be robust. Private consumption (around 55% of GDP) will be the main driver. With more than 80% of the population having received a dose of vaccine by the end of 2021, pent-up domestic demand is expected to be freed up by the easing of health-related measures. Spending will be bolstered by savings (11% of disposable income in Q3 2021) built up when households were still under tight restrictions. It will also benefit from rising employment and incomes, in a context of strong labour demand. Nevertheless, although inflation is expected to gradually decline in 2022 as supply chain disruptions and energy prices ease, it will remain high, weighing on purchasing power. Deflation is expected to be accompanied by the Bank of Canada raising its key rate (0.25% at the end of 2021) by 25 basis points starting in April. A similar hike each quarter could follow. The tightening of credit conditions could modestly dampen business investment. However, strong earnings and balance sheets, strong demand, and investment to expand production capacity and address supply chain issues is expected to continue to support it. The contribution of government consumption is expected to remain positive, but diminish as support measures are phased out. Supply problems will continue to hamper trade, especially in the automotive sector, but exports are expected to increase as industrial production ramps up and energy prices remain high. The contribution of net exports will be negative, however, as domestic demand fuels a faster rise in imports.

While the budget deficit will remain above pre-crisis levels (below 1% of GDP), it is expected to continue to shrink in 2022. The federal government wants to better target its pandemic-related support to households and businesses (estimated at over 15% of GDP). However, in the 2022 budget, it is expected to detail CAD 78 billion in additional spending over five years, promised in the 2021 campaign. These funds will be used to build and renovate 1.4 million homes, hire healthcare workers and end fossil fuel subsidies (in 2023). With inflation looming, the government may spread this spending over time. Debt charges should begin to recover, but will remain low (below 2% of GDP). The increase in federal revenues will be accompanied by the introduction of taxes on underutilised housing and certain luxury goods. The carbon tax will continue to rise. The financial institutions tax increase, pledged during the campaign, has not been announced for 2022. While the government debt ratio is very high, after deducting, among other things, the assets held by the Canada Pension Plan and the Quebec Pension Plan, the net debt ratio (47% of GDP) remains lower than that of its G7 peers.

In deficit since 2009, the current account has moved into a small surplus in 2021. In 2022, it is expected to return to a deficit in the wake of the trade balance. While energy prices will continue to support exports, the latter will return to deficit as a result of rising imports. The same could be true for the services account, as travel and transport spending gradually accelerates following the reopening of borders. Favourable metals prices, which many Canadian companies mine abroad, will extend the primary income surplus for a third year running. Remittances will continue to contribute to a small deficit in the transfer account. External debt, largely owed by the private sector (about 80%), is still high (over 130% of GDP) but is expected to stabilise.

Justin Trudeau (Liberal Party), Prime Minister since November 2015, retained his position following the September 2021 federal election. The election resulted in a new Liberal minority government and a relatively unchanged balance of power compared to the 2019 election. Despite favourable polls at the beginning of the campaign, the liberal party (centre-left) ended up winning only three seats (160 out of 338). The Conservative party, led by Erin O'Toole, received the most votes, as it did in 2019, but won 119 seats (-1). The pro-independence Bloc Québécois (BQ) retained 32 seats and its position as the third largest party in the lower house, while the New Democratic Party (NDP) held 25 seats (+1). While the lack of a majority will limit the room for manoeuvre of Justin Trudeau's government, his priorities, namely developing social services and combating climate change, could be supported by the NDP and the BQ. With no minority government having ever served a full term, a new election as early as 2022 is possible.


Marked by some tensions under the Trump administration, relations with the United States appear to be more stable under the Biden administration. Differences remain, however, on energy and trade policy, such as the U.S. administration's decision to raise tariffs on Canadian softwood lumber (from 9 to 18%).

A single law governs bills of exchange, promissory notes and cheques throughout Canada; however this law is frequently interpreted according to common law precedents in the nine provinces or according to the Civil Code in Quebec. As such, sellers are well advised to accept such payment methods unless where long-term commercial relations, based on mutual trust, have been established with buyers.

Centralised accounts, which greatly simplify the settlement process by centralising settlement procedures between locally based buyers and sellers, are also used within Canada.

SWIFT bank transfers are the most commonly used payment method for international transactions. The majority of Canadian banks are connected to the SWIFT network, offering a rapid, reliable and cost-effective means of payment, notwithstanding the fact that payment is dependent upon the client’s good faith insofar as only the issuer takes the decision to order payment.

The Large Value Transfer System (LVTS) –introduced by the Canadian Payments Association in February 1999 – is a real time electronic fund transfer system that facilitates electronic transfers of Canadian dollars countrywide and can also handle the Canadian portion of international operations.

The letter of credit (L/C) is also frequently used.

Canada’s Constitution Act of 1867, amended in April 1982, divides judicial authority between the federal and provincial Governments. Therefore, each province is responsible for administering justice, organizing provincial courts and enacting the civil procedure rules applicable in its territory. Though the names of courts vary between provinces, the same legal system applies throughout the country, bar Quebec.

At federal level, the Supreme Court of Canada, in Ottawa, and only with “leave” of the Court itself (leave is granted if the case raises an important question of law), hears appeals against decisions handed down by the provincial appeal courts, or by the Canadian Federal Court (stating in appeal division), which has special jurisdiction in matters concerning maritime law, immigration, customs and excise, intellectual property, disputes between provinces, and so on.

The collection process begins with the issuance of a final notice, or “seven day letter”, reminding the debtor of his obligation to pay together with any contractually agreed interest penalties.

Ordinary legal action – even if the vocabulary used to describe it may vary within the country – proceeds in three phases.

Firstly, the “writ of summons” whereby the plaintiff files his claim against the defendant with the court, then the “examination for discovery”, which outlines the claim against the defendant and takes into account the evidence to be submitted by each party to the court and, finally, the “trial proper” during which the judge hears the adverse parties and their respective witnesses, who are subject to examination and cross-examination by their respective legal counsels, to clarify the facts of the case before making a ruling.

In most cases, except when the judge decides otherwise, each party is required to bear the full cost of the fees of his own attorney whatever the outcome of the proceedings. As for court costs, the rule stipulates that the winning party may demand payment by the losing party based on a statement of expenses duly approved by the court clerk.

The change precisely concerns institution of a standard “originating petition” (requête introductive d’instance), with the payment of judicial costs joined, introducing a 180-day time limit by which the proceedings must be scheduled for “investigation and hearings” (pour enquête et audition), delivery of a judgement on the content within a timeframe of six months after the case was heard and encouragement of the parties to submit to a conciliation stage during legal proceedings, with the judge presiding over an “amicable settlement conference” (conférence de règlement à l’amiable).

The two primary pieces of insolvency related legislation in Canada are the Companies' Creditors Arrangement Act (the CCAA) and the Bankruptcy and Insolvency Act (the BIA). The BIA is the principal federal legislation in Canada applicable to bankruptcies and insolvencies. It governs both voluntary and involuntary bankruptcy liquidations as well as debtor reorganisations. The CCAA is specialized companion legislation designed to assist larger corporations to reorganise their affairs through a debtor-in-possession process. 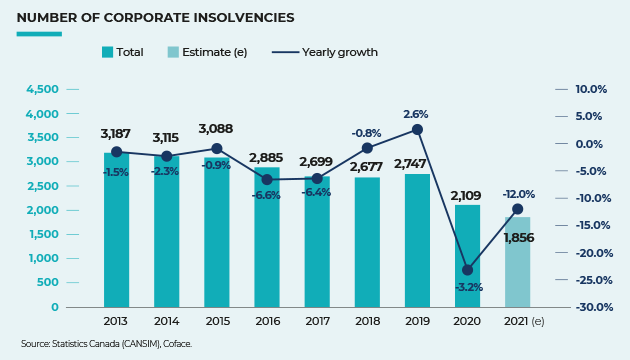